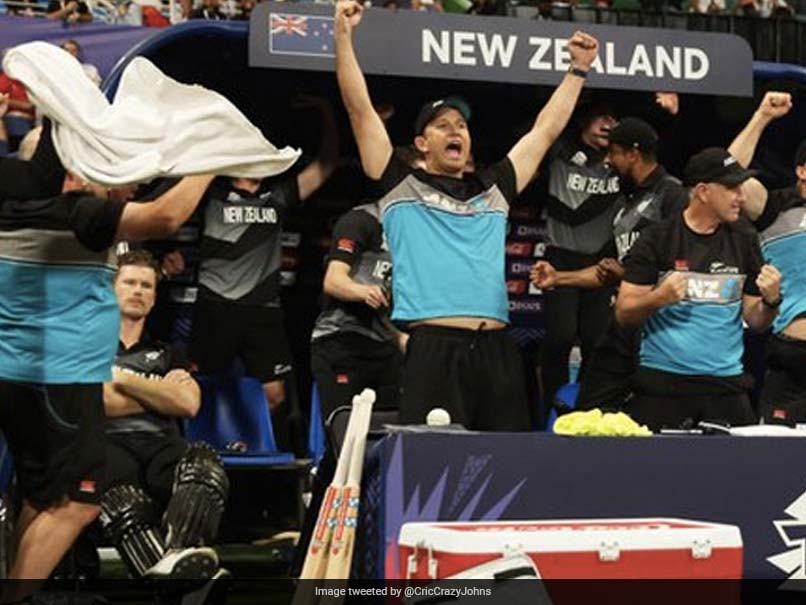 Jimmy Neesham played a game-changing knock with the bat to help pull New Zealand out of the jaws of defeat and help set up a five-wicket win over England in the first semi-final of the T20 World Cup at the Sheikh Zayed Stadium in Abu Dhabi on Wednesday. Chasing 167 runs to win, New Zealand found themselves in a spot of bother when they lost their fourth wicket with 60 runs still needed for victory and with less than five overs left to be played.

Arriving at the crease at that juncture, Neesham played a crucial 27-run knock off just 11 balls to turn the tide against England.

Neesham hit one four and three sixes before being dismissed in the last delivery of the 18th over. By then though, the asking rate had significantly come down for New Zealand, who needed just 20 more off the last two overs.

Opener Daryl Mitchell, who scored an unbeaten 72, sealed victory in the next over as he hit two sixes and a boundary to secure New Zealand’s place in Sunday’s final.

In a photo that has subsequently gone viral on social media, the New Zealand players are seen celebrating in the dug-out.

The reason behind the viral photo is Neesham, who continues to sit on a chair with a stony-faced look as his delirious teammates celebrate next to him.

The all-rounder’s lack of celebration prompted questions from many on social media.

Responding to a tweet from ESPNcricinfo, Neesham explained his stance. “Job finished? I don’t think so,” Neesham tweeted.

After heartbreak in the 2019 ODI World Cup final, Neesham clearly wants to clear the final hurdle this time before he begins his celebrations.