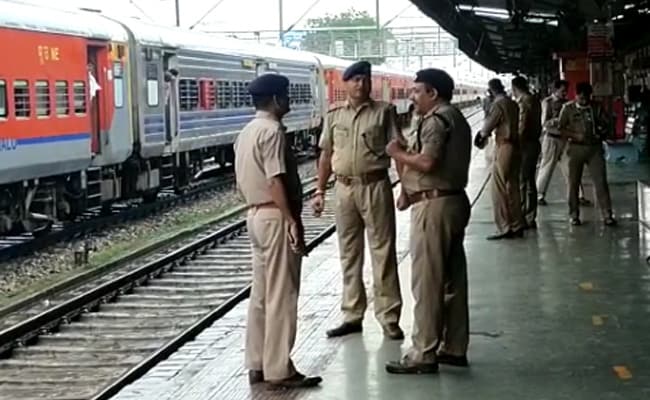 UP: Security was tightened at all stations although police believed it to be a hoax (File)

The superintendent of Meerut City Railway Station has received a letter threatening bomb blasts at railway stations and temples in nine districts, including Meerut, ahead of Uttar Pradesh Chief Minister Yogi Adityanath’s visit to the city on November 11.

Security was tightened at all railway stations although police believed it to be a hoax.

Railway Police DSP Sudesh Kumar Gupta said the letter was received on Tuesday and a case was registered against unidentified persons under relevant sections at the GRP police station.

Mr Gupta said prima facie, it seems to be a hoax. A similar letter was also received by the Hapur Railway Station superintendent’s office on October 30, following which a thorough checking was conducted in the station premises.

In view of the proposed visit of the chief minister to Meerut on Thursday, the police administration has increased vigil, Superintendent of Police (City) Vineet Bhatnagar said.