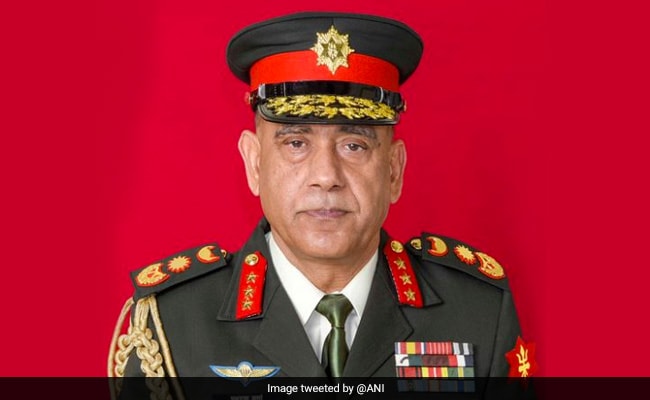 Nepal Army chief Gen Prabhu Ram Sharma on Tuesday embarked on a four-day visit to India to step up defence ties between the two neighbouring nations.

During his visit to New Delhi on the invitation of Indian Army chief Gen. Manoj Mukund Naravane, Gen. Sharma will be conferred with the title of honorary “General of Indian Army”, the Nepal Army said in a press release.

“COAS (Chief of Army Staff) General Sharma will be conferred upon the rank of an honorary General of the Indian Army by Ram Nath Kovind, the President of India, on Nov 10, 2021 amidst an investiture ceremony,” it said.

Gen. Sharma is paying the visit on an official invitation extended by General Naravane, Chief of the Army Staff of Indian Army, the release said.

Sunita Sharma, the chairperson of the Nepali Army Wives Association and the Army chief’s wife, is also accompanying him to India, it said.

He will return to Nepal on November 12.